The reason for this is that while all are 25th Anniversary sets, the English version by Asmodee does feature different contents to the versions by Kosmos, 999 Games, Devir etc.  So to help clarify these differences I have created this visual guide and contents list.

This set is a 6 player base set that features wooden parts painted with a metallic fleck paint. It also includes the Helpers of Catan scenario and game sleeves for all cards. (click image to see larger image) 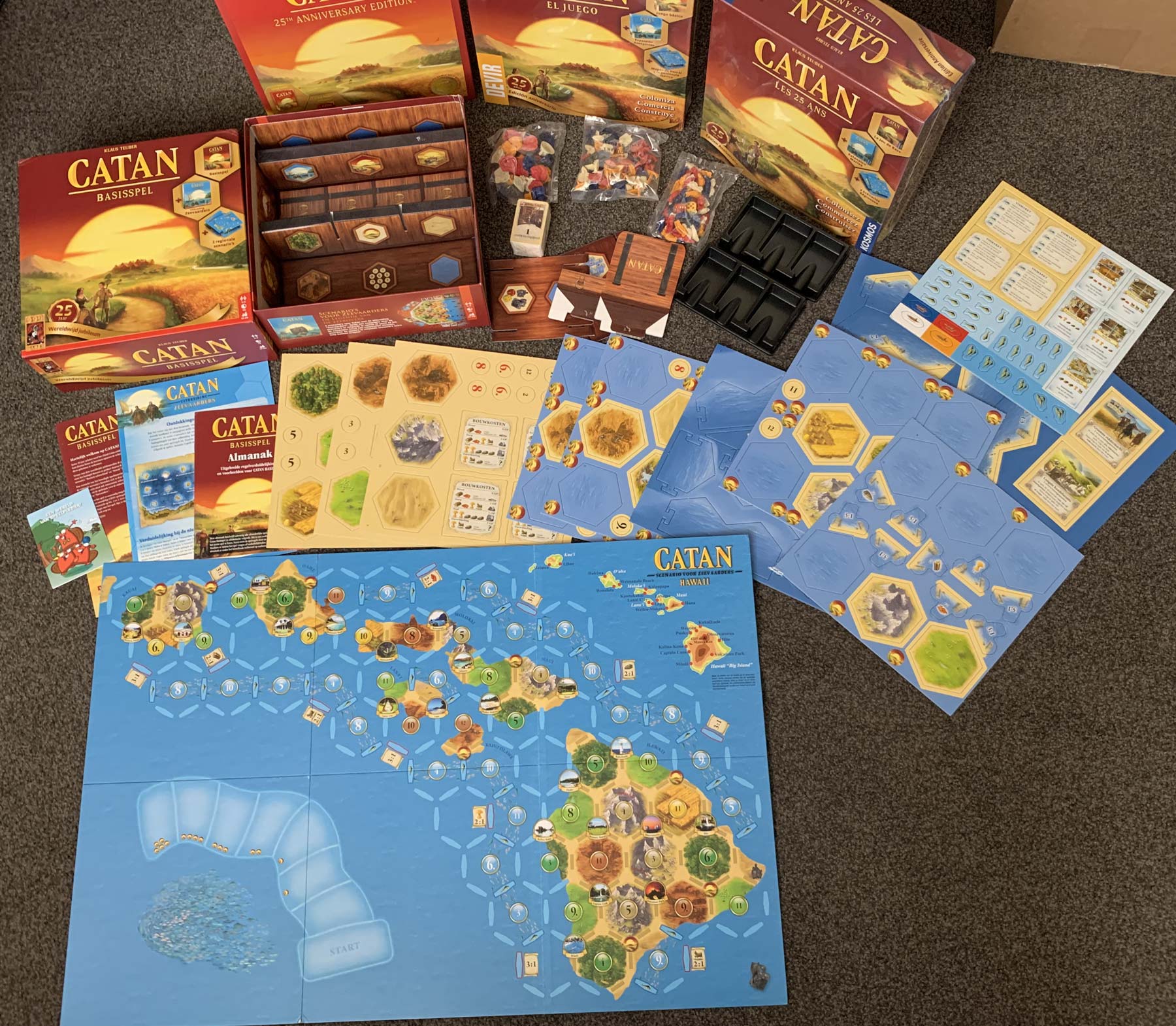 This set is a 4 player base set that features the standard Euro plastic parts. It also includes the Seafarers expansion. A key feature is it also includes two scenario maps - Hawaii and Iberian Peninsula. The Hawaii scenario includes the Fish components. Additionally there are some fun card "sea chests" for holding each set of colours (click image to see larger image).

My Thoughts on the Two Versions

While I prefer the wooden pieces in the English version and it is great it allows for six players, if I was only allowed one set I think I would pick the International set as I feel it it has more contents and expanded playing options.

Personally I would have preferred Cities & Knights to be included in these sets as I rarely play the base game. I like how the 10th anniversary set came with both the base game and C&K options.

Ultimately I think both versions are a great release. Value wise i think they stand up as reasonable given the total cost for the standard set with the various extras is more than the retail price of this new anniversary set.

The English set will be more difficult to expand due to the unique colours and is more expensive than the Euro versions. However the higher cost for the English version is probably a reflection on the higher cost of keeping the wooden components. Long may this continue though as wood does make the game seem higher quality.

I have decided to collect the various languages of this set as I do think it is interesting, and even collecible.  I have 4 versions on display at present (English, French, Dutch & Spanish) and I have the German set with a friend in Germany. I will now be trying hard to find the Russian and Polish versions to complete the language set. 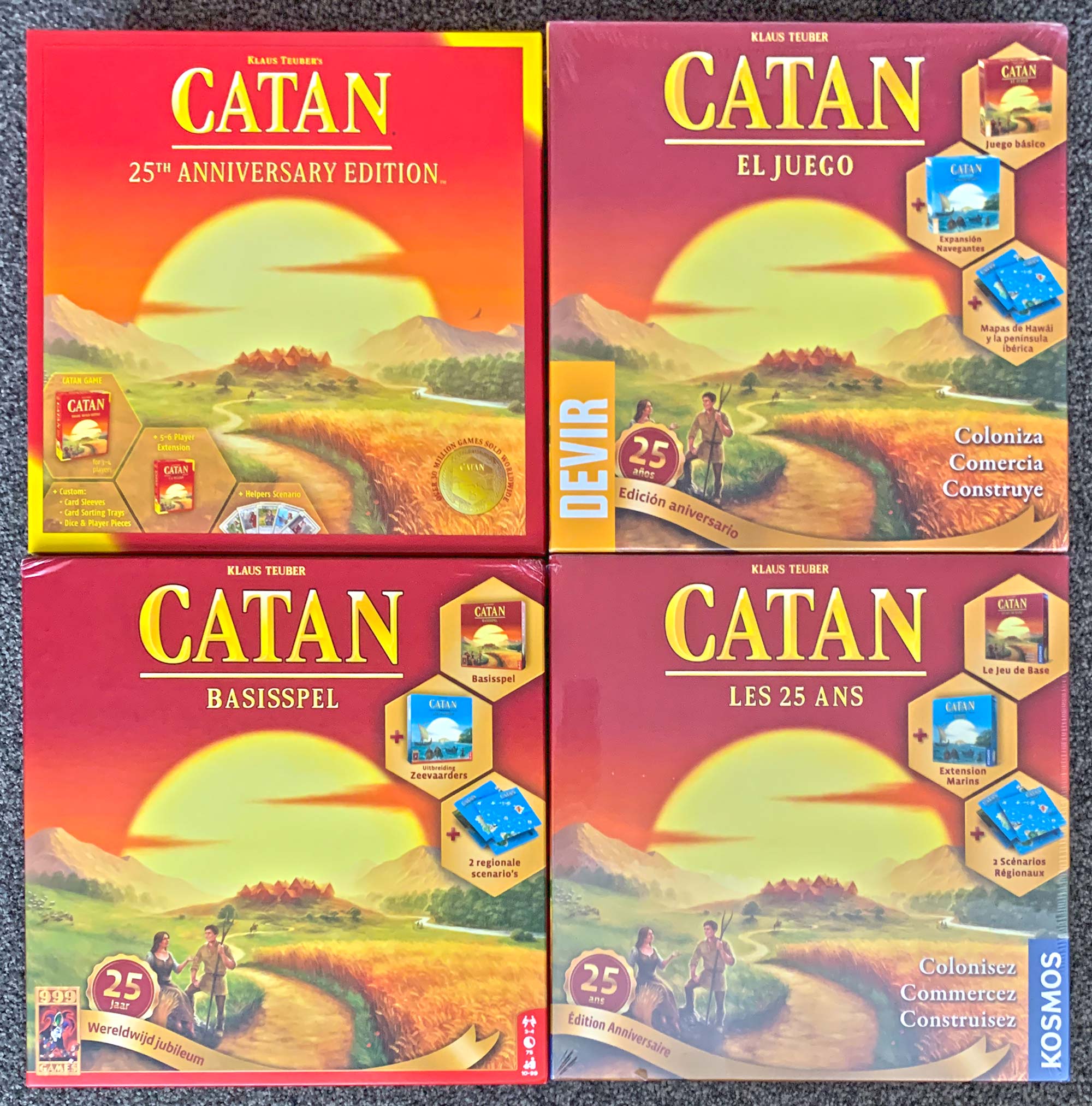 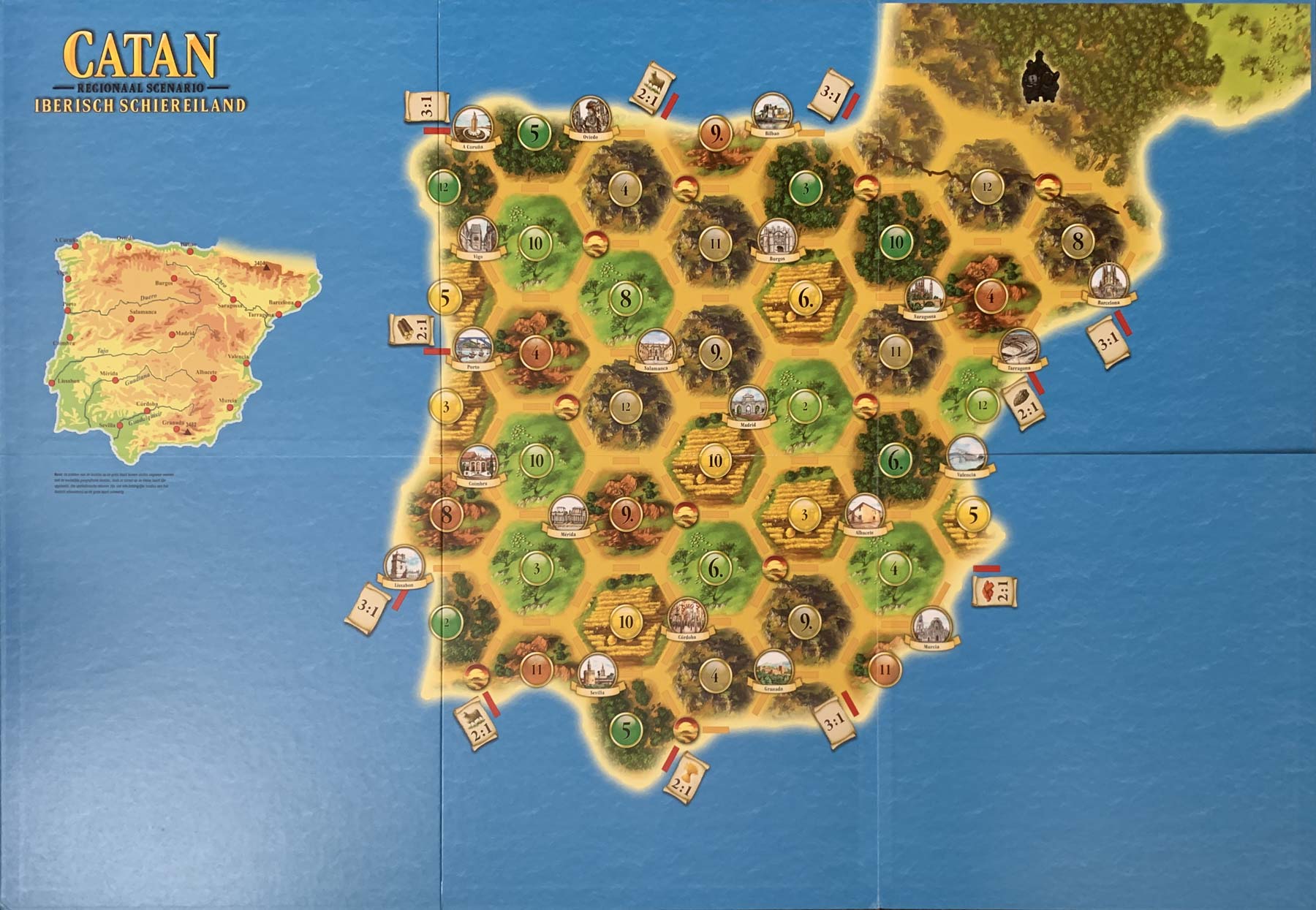