Windmills of Catan - another fan made extension

Below is the text from a cool little scenario I found in a box of old Catan bits from the Netherlands. Given the English used and the use of windmills to reclaim land I think it is safe to assume it was a Dutch Catan fan who created this. Rather than rewrite the rules I have kept them exactly as the creator originally typed them. They can still be understood and it also recognises the efforts of the unknown creator who put this together. Here goes.

Revised Rules for the Windmill MarkersThis scenario requires the base game of the Settlers of Catan and the expansion set Seafarers of Catan.

Windmill Scenario: Set-up: See Figure 1. Take 3 land tiles of all five types from the base game and put them randomly like the white spaces in Figure 1. From the Seafarers expansion take all land tiles , then discard desert tiles until you have 9 land tiles left. Place those tiles like the grey spaces in figure 1 but with their backsides up.

You can build boats like in Seafarers, for the same cost (one timber, one wool). Further more players can build windmills at the cost of one brick and one timber. Players attempt to reclaim land from the sea by building boats (and roads) around a shallow sea tile. In the case where all six sides of the a reversed land tile are occupied by a ship or a road any player that has a ship or a road on this tile may decide to build a windmill by paying a timber and a brick. After one turn, after resource distribution, that player may flip the land tile. In the case it is not a desert, that play may also take a number tile. The land has now been claimed from the sea. Any ship on the now-land are put on their side and can now be used like roads (they are now dykes).

Note that the windmill stays on the tile, since continuous pumping is required to keep the land dry! For that reason players can only claim a limited number of land tiles from the sea (maximum of three per player). The first player to 10 points wins the game.

Or you can make your own rules… have fun !!! 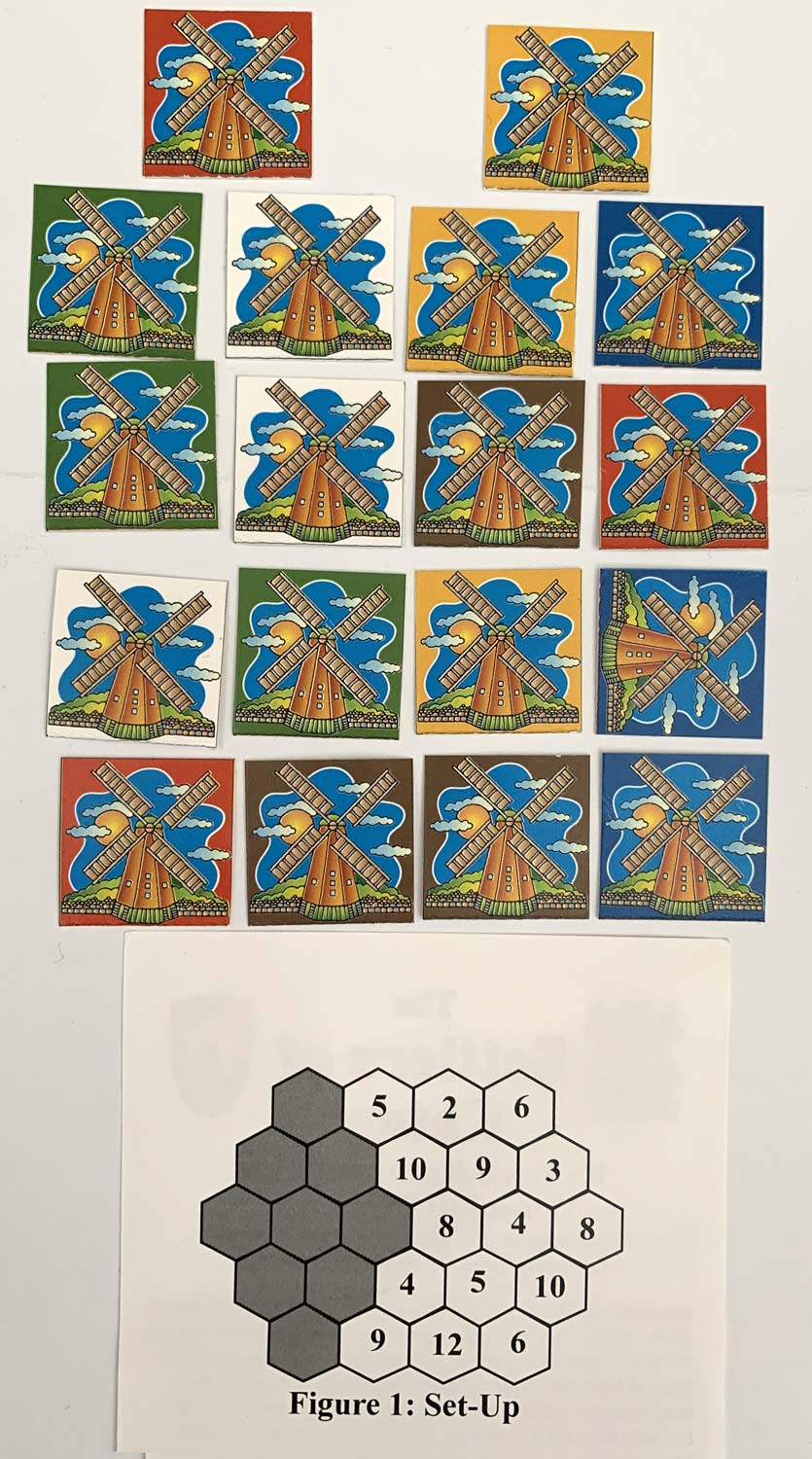