Scenario Maps and other Map Alternatives

One of the biggest problems I face with my collection is finding the space to display everything.

It is one of the reasons I created this website as I was keen to show people just how much variation and development Catan has gone through over the years.  Of all the items in my collection the one I have struggled with the most is all the various scenario maps. At present they sit folded on a shelf and this seemed such a waste as I often get enquiries about these.

So I have decided to create a page dedicated to just maps and have added this under my Catan links page.

Currently I have over 60 maps shown on this page and I will add more as I become aware of them, or as people suggest. They are currently broken down into the following groups: 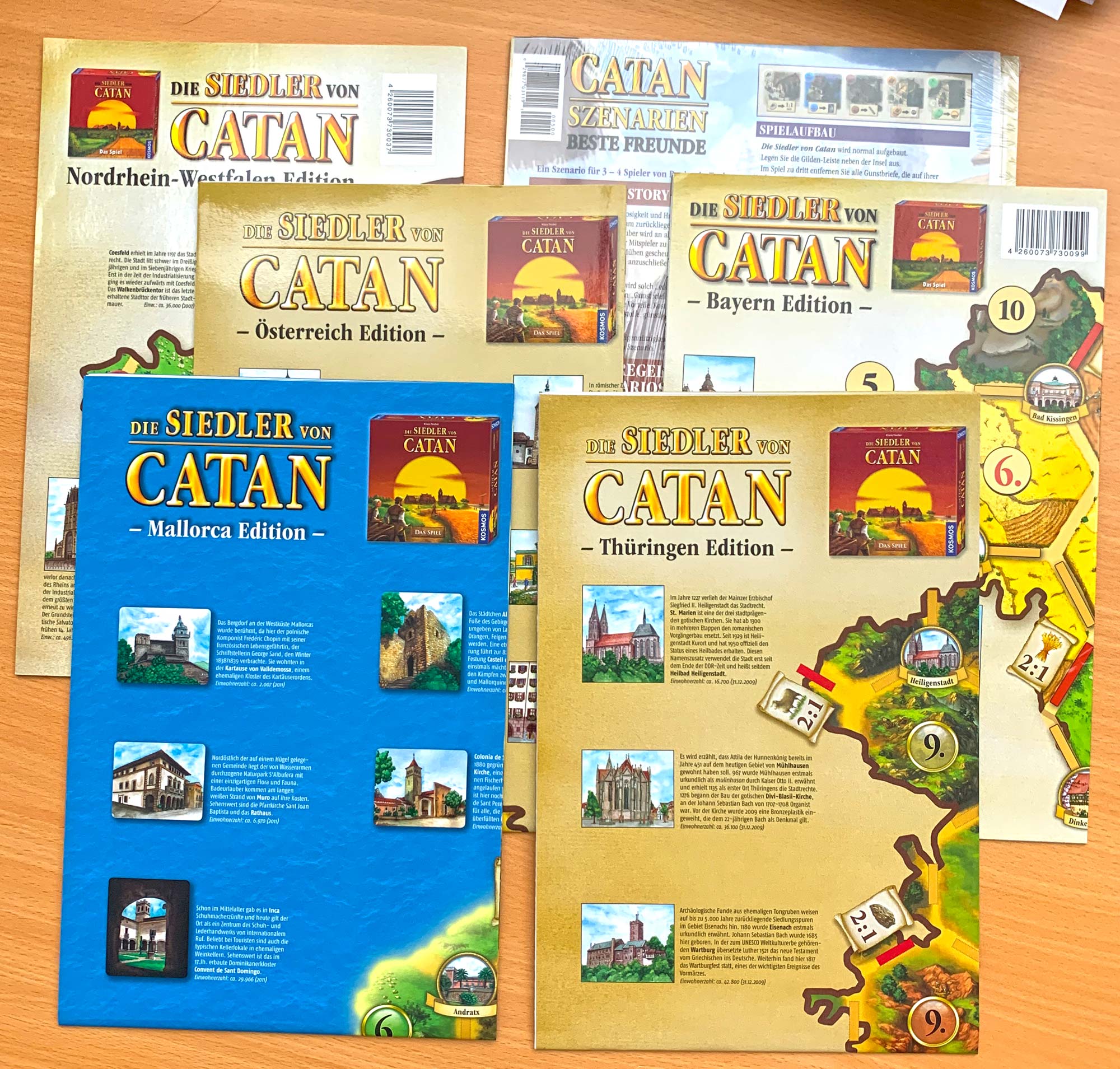