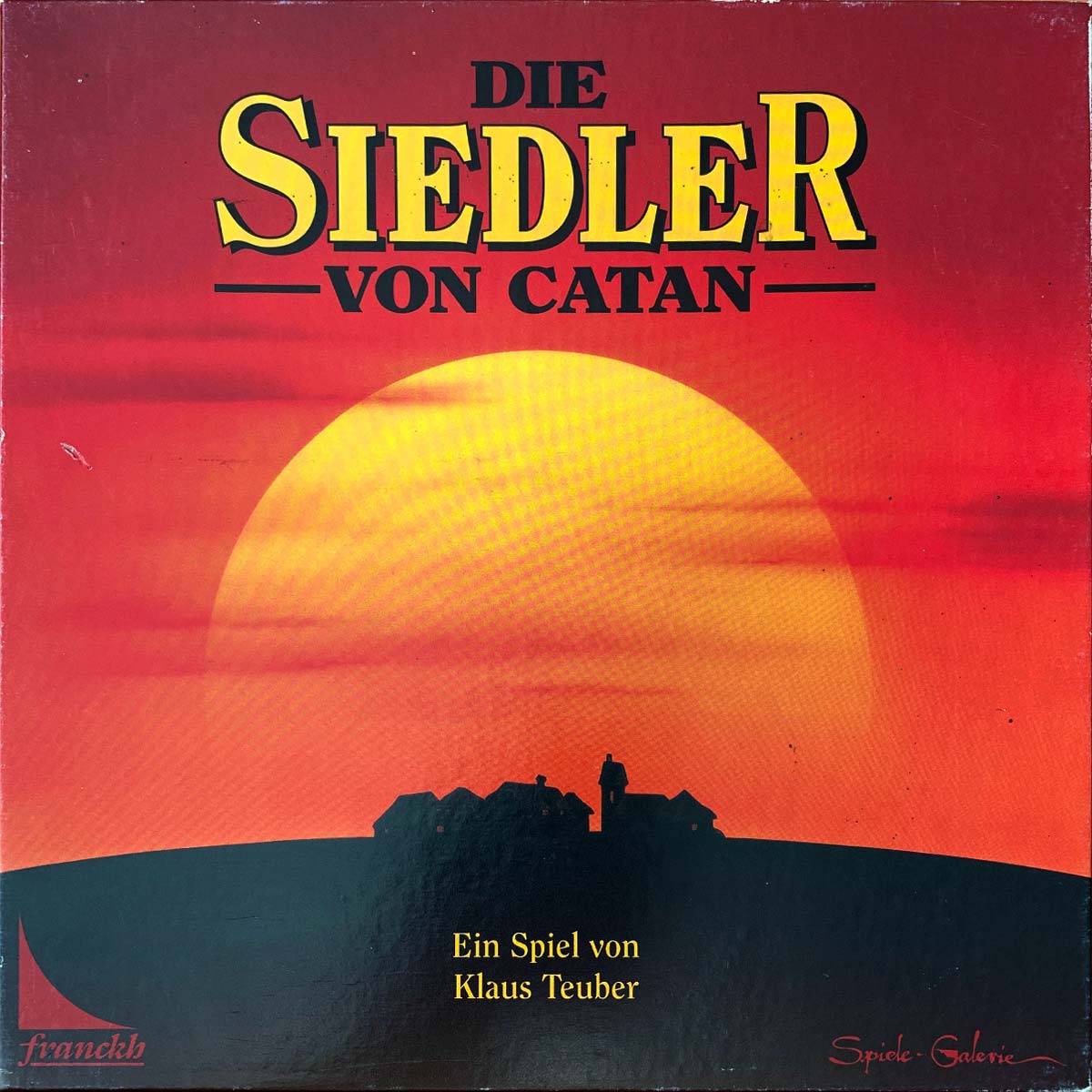 This week I have added two new items to my collection.

The first, and most important, is a set of Catan by "Franckh-Kosmos" from 1995. This was the very first set of "Die Siedler Von Catan" released commercially and predates the winning of the 1995 SdJ Game of the Year award that appears on later reprints.

I have reached 50 different boards!

This week I have bought my 50th board version of Catan, excluding extensions and duplicates.

'The Communication in Catan' is no longer on my wishlist!!

One of the rarest games in the Catan universe is the 'The Communication in Catan." Made in 2000 for the French telecommunication company Alcatel, the game was produced in Germany, published in English but only distributed in France.

My New COOLEST item in my collection

Today I received in the post two autographed Catan postcards signed by the great man himself. These are the first items in my collection signed by Klaus Teuber and I am especially proud of the Seafarers card as it is personalised. Thank you Mr Teuber for taking the time to do this.

Something for my collection... in the future

Through a message board I was advised that Catan will soon be releasing new floor versions of my favourite game.

While photos were posted of a few trial versions, below is the game I am wanting to add to my collection. I can't think of anything better than a sunny day, a few drinks and a game of Catan on the lawn.

I have begun November with a new little addition to my set - the Ritter Sport expansion.

My latest new arrival for my collection is both versions of The Water of Life (Das Wasser des Lebens) spin-off for Glen Grant Distillery.

The games were a 1997 limited promotional release for Glen Grant commercial customers and were not available to the public for sale. I was originally advised there were just 2,000 of this game, but with recent communications it is more likely a larger number. A former Kosmos employee advised that he believed there were between 2,000 and 3,000 copies of the first version, but only around 1,000 to 1,500 copies of the second embossed version.These numbers have not been confirmed though. Regardless of the exact amount these are rare variations and they are examples of the very first time Catan was modified into a variation to meet a client's marketing promotion.

Of course, many sets would have been played with, or for older players, the free little miniature bottle of whisky would have been consumed. This means numbers of sets remaining sealed and in mint condition will be much lower than the numbers above.