My collection grew by quite a few sets today.

I am based in New Zealand but have been using my good friend Erwin, a Catan dealer in Germany, as my postal address to save on shipping. He has also sold me some of the rare games I have (well most of my rare games actually).

I am probably most pleased to finally get the Spanish copy of Ancient Egypt (my favourite spin-off game) and the French copy of Objectif Catane (Starship Catan) as they complete my sets of the languages that these two games were released in.

Also very pleased to have the Arabic version of Catan (very generously gifted by Kosmos) and the multi-language Baltic set (with Lithuanian, Latvian and Estonian languages) that I bought from Erwin. I am now only missing a couple of examples from my foreign languages wall.

Also I am very close to completing a set of all the promotional cards relating to Catan card games. This too will be another cool set to have completed.

My collection would not have been possible without the help of Erwin. He is a top notch trader and reseller of Catan and specialises in getting many of those games you just do not see available anywhere else very often. If anyone whould like Erwin's contact details I am happy to provide them. 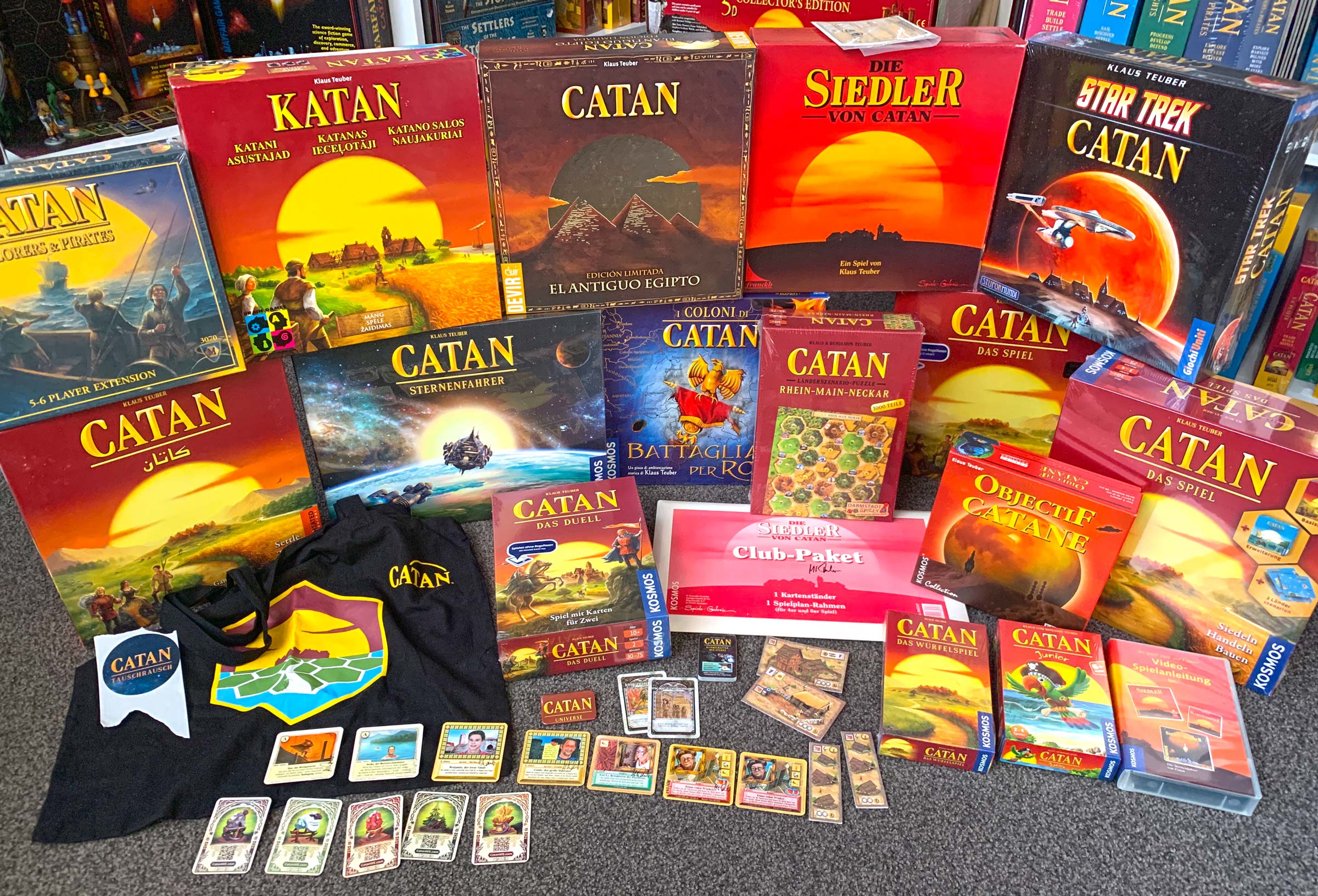 In the package are: