I collect English and German Catan sets. Elsewhere on this site I think I even say I have no intnetion of collecting other languages as there are just too many of them.

Therefore it was a surprise this week to buy three Japanese sets all on the same day.

It started when I saw on eBay a set of the Rockman EXE Catan game. The set was opened but unplayed. The 2004 Rockman EXE was a limited edition game and is consdiered one of the cool and rare Catan games serious collectors are keen to own. The cost was US$457. This was too much for me as I think the game is only worth US$250 to US$300. However the seller also had a copy of the 2004 Rockman EXE Travel set for just US$32.86, so I bought that instead.

Curious if I was correct on the price of the full set I did a search and found another copy of the Rockman EXE set for sale on Boardgamegeek for US$280. This was a brand new sealed game. The vendor was really good ar answering all my questions and sending photos that I decided to buy it straight away. With shipping the total cost was US$330.

After paying for the item the vendor then mentioned they also had a copy of the 1995 Capcom Catan game too. This also was still sealed. The cost was only US$50 with US$20 for shipping so I bought it as well.

So in a single day I spent US$432.86 and ended up with three Japanese Catan boards in my collection.

The three games I purchased were:

01 - Settlers of Catan: Rockman Edition 2004
Based on the standard game, it is customised by Capcom with the Rockman EXE graphics. It is known as Mega Man in the USA. 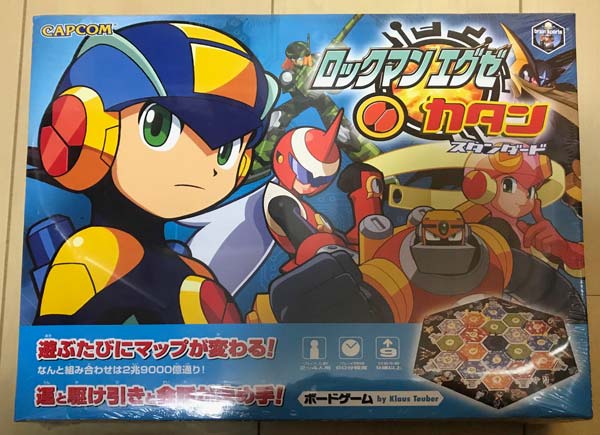 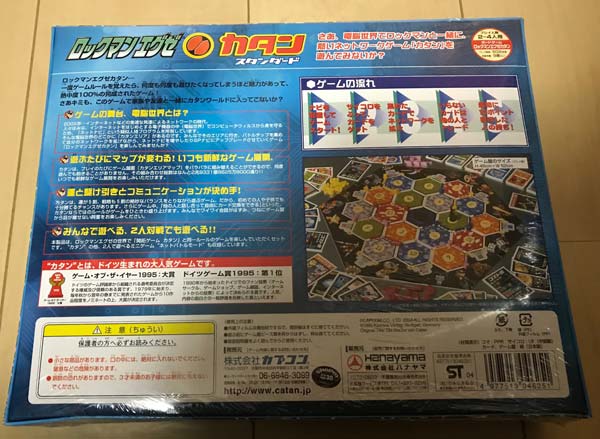 Similar to the main set above, Capcom also released a magnetic travel set in the same Rockman EXE graphics..


This Capcom version of Catan is reduced in size from the normal game so cannot be used with other expansions or versions. While I have not verified this, I am told this version was also once used once at a Catan world championship. This is not the standard Catan for japan, nor is it the normal travel set. Therefore it is considered a collectible set. 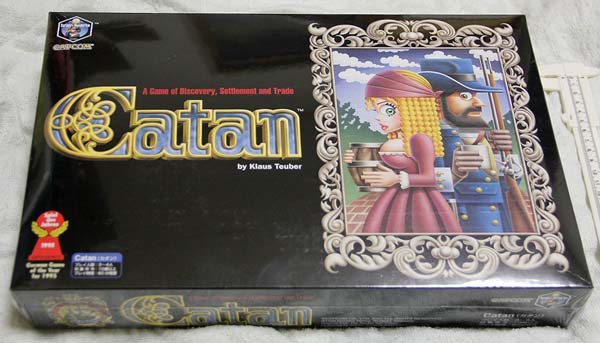 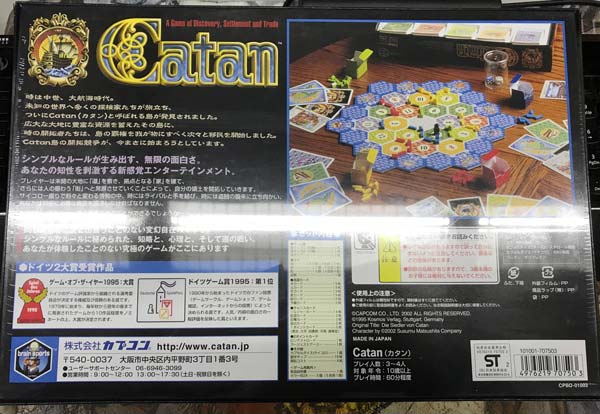