'The Communication in Catan' is no longer on my wishlist!!

One of the rarest games in the Catan universe is the 'The Communication in Catan." Made in 2000 for the French telecommunication company Alcatel, the game was produced in Germany, published in English but only distributed in France.

On Gameboardgeek.com one submitter has explained just why this game is so rare.

My own copy of this game was acquired in November 2018 and is a mint condition factory sealed copy of the game. The only mark is a small tear to the factory plastic seal that was made for the game creator, Klaus Teuber so he could sign the front of the game. 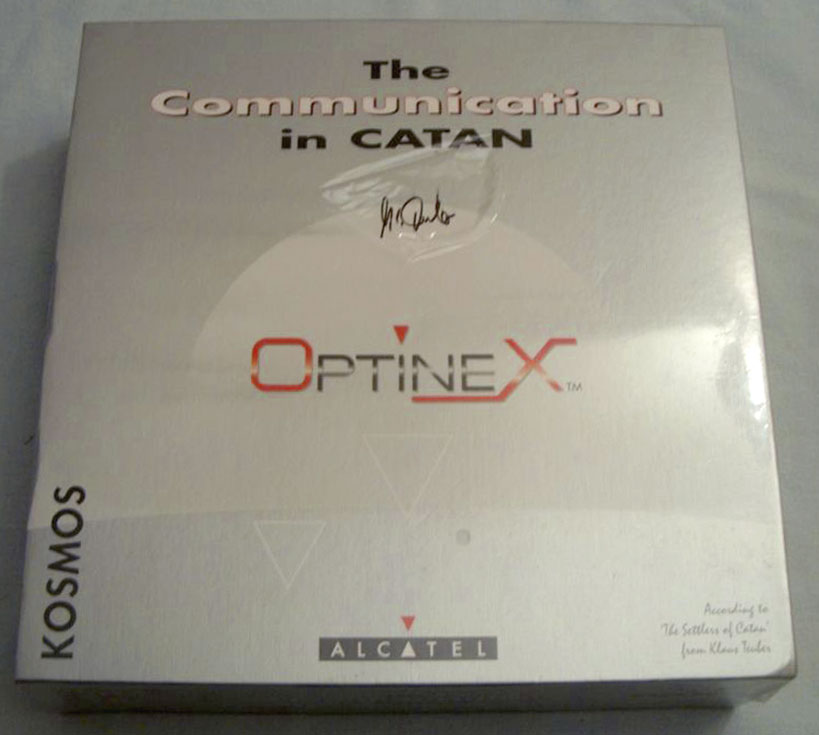