My latest new arrival for my collection is both versions of The Water of Life (Das Wasser des Lebens) spin-off for Glen Grant Distillery.

The games were a 1997 limited promotional release for Glen Grant commercial customers and were not available to the public for sale. I was originally advised there were just 2,000 of this game, but with recent communications it is more likely a larger number. A former Kosmos employee advised that he believed there were between 2,000 and 3,000 copies of the first version, but only around 1,000 to 1,500 copies of the second embossed version.These numbers have not been confirmed though. Regardless of the exact amount these are rare variations and they are examples of the very first time Catan was modified into a variation to meet a client's marketing promotion.

Of course, many sets would have been played with, or for older players, the free little miniature bottle of whisky would have been consumed. This means numbers of sets remaining sealed and in mint condition will be much lower than the numbers above.

While the game is a version of the original Settlers of Catan, the artwork and storyline are different. Most noticably everything had to be made to fit inside the whisky bottle tubes. Players become involved with the production of Scotch whisky and need to collect resources consiting of wood, stones, barley, peat, and spring water. As they gain these they can build roads through the highlands and add distillaries as they go.

An unusual feature of this set is the interlocking hex design that I have not seen in other similar sets.

While they were a give away originally, the cost of these sets today is not cheap. The low production run and current demand for the sets means they have become among the scarcest of the Catan spin-offs. In my own case with purchase, shipping and customs duties these mint unplayed sets have worked out at just over NZ$900. 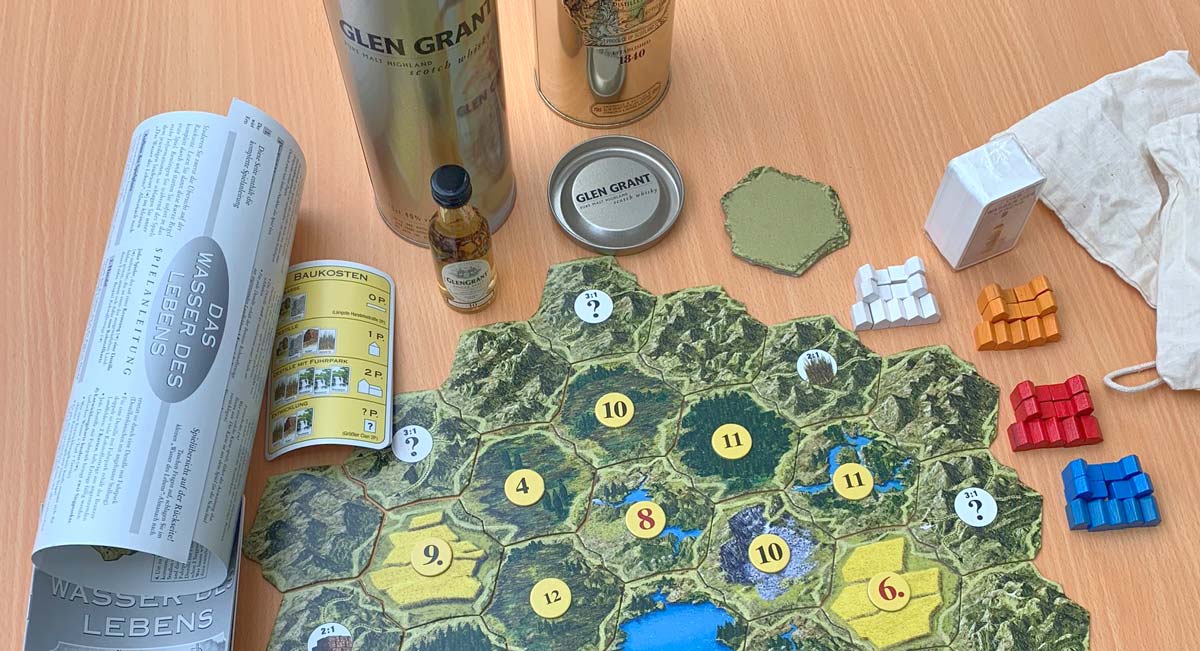 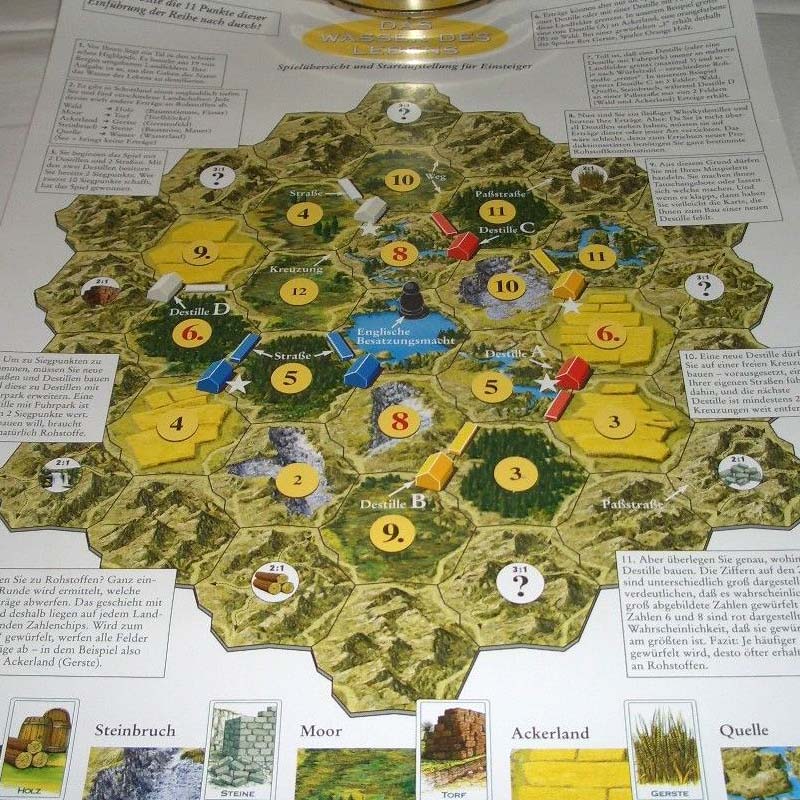 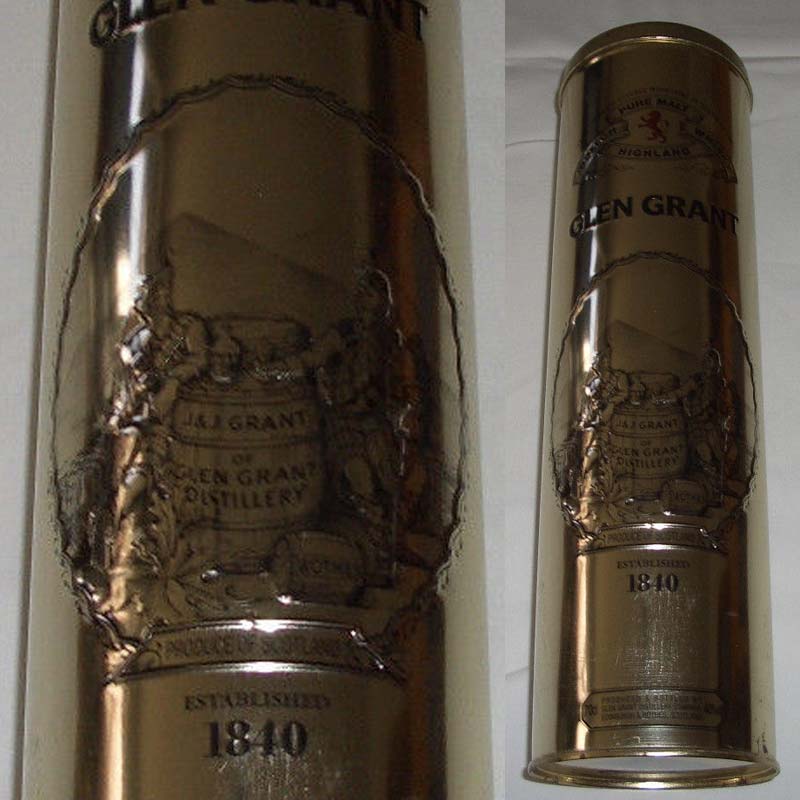