One of the very common questions asked in various forums is "How do I know what version of Catan I have?"On this page I have images of each version and each printing of the English versions of Catan. Each image below can be seen as a larger image by clicking the image. 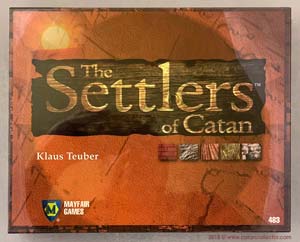 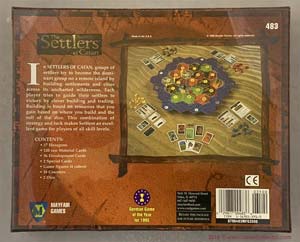 Despite the photo on the back of the box, all copies of this version I have seen came with yellow, blue, red and green counters. However some sets apparently had white counters instead of yellow.

The Settlers of Catan - Second Edition 1996

Due to the popularity of the game, the English second edition was released soon after the first edition. The design of the box was identical to the first edition. On games that still have the original factory plastic wrapping a sticker is sometimes located on the front or the back, indicating this is the second edition. It also advises it contains 4 new colours and expanded rules. Internally the game was similar to the first. The changes included a different range of coloured playing pieces (usually Black, White, Purple and Orange) and an expanded set of rules with sections on rules for up to 8 players and some suggested board configurations. 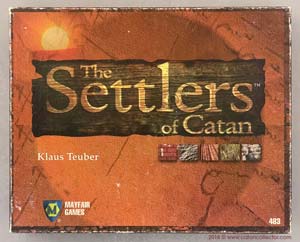 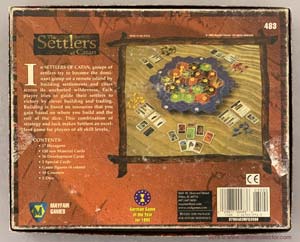 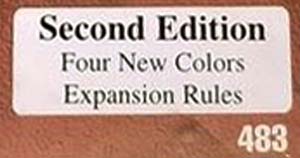 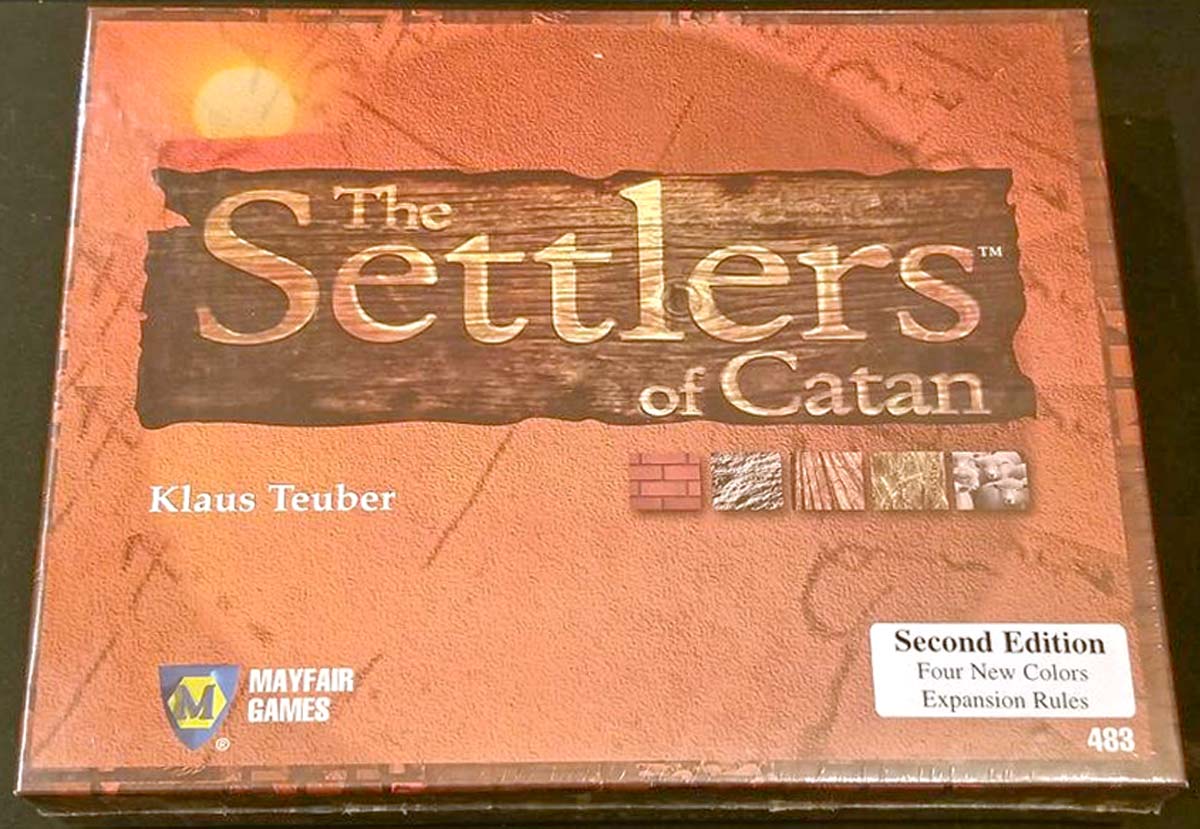 The third edition was a significant cover design change to the previous two versions. Internally the first printing features black and white rules. 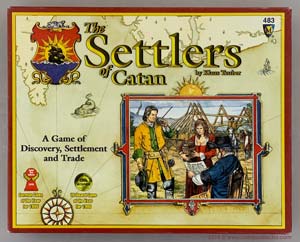 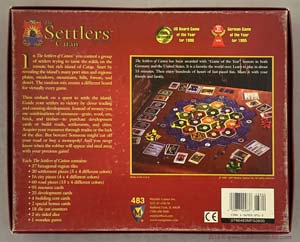 The second printing of the third edition used exactly the same box front as the earlier version. However there were changes to the rear. In addition to the new 2003 copyright date, the back was rearranged. As well as a new rear image the image caption was moved too. In the earlier version the white text sat on the photo at the top. In the second edition the caption is removed to sit underneath the image. The rear also contained a new logo promoting Klaus Teuber's own website. Internally the change was the rules moving to be a colour publication that also included the almanac 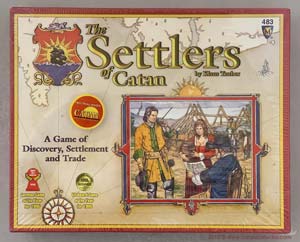 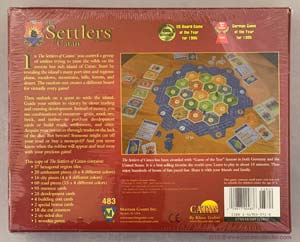 The fourth edition of the game was the first edition to use a frame to enlose the hexes, rather than individual water hexes as in the past. This did mean harbours were set which many considered a step backwards. Externally the design of the box was a significant change to the third edition. 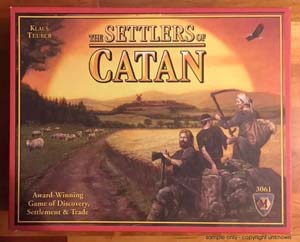 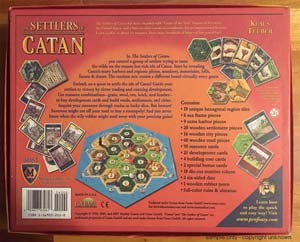 This printing of 'The Settlers of Catan' is cosmetically similar to the earlier fourth edition. The major difference is internally with a change in the thickness of the hexes and borders. The external change is a modification to the copyright dates on the rear to add 2012. 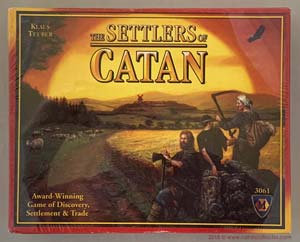 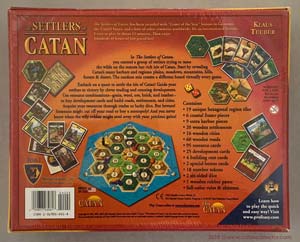 This is the first copy of the game to use the new shorter title 'Catan' as the title of the game. This is also the first version to move to a portrait box design. 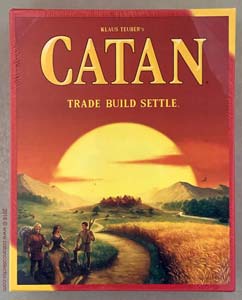 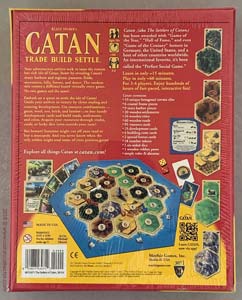 The box front is the same as the first printing. However the side and back are slightly different with the Catan Studio logo now replacing the previous Mayfair edition. The copyright year has also been updated. The change was made following Mayfair losing the publishing rights. 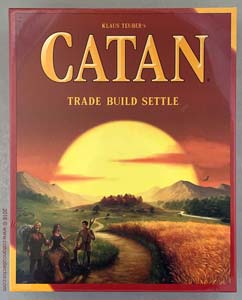 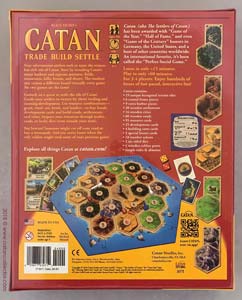 The box front is the same design as the 2016 version, although the yellow is brighter and the overall colouring lighter. The only significant changes are on the back where the Asmodee details now appear, copyright is changed to 2019 and the "Made in the USA" and USA flag have been replaced with a note regarding being assembled in the USA and using imported parts. There is no change to the hexes or components. Fortunately this means the traditional wood counters have survived for this edition. 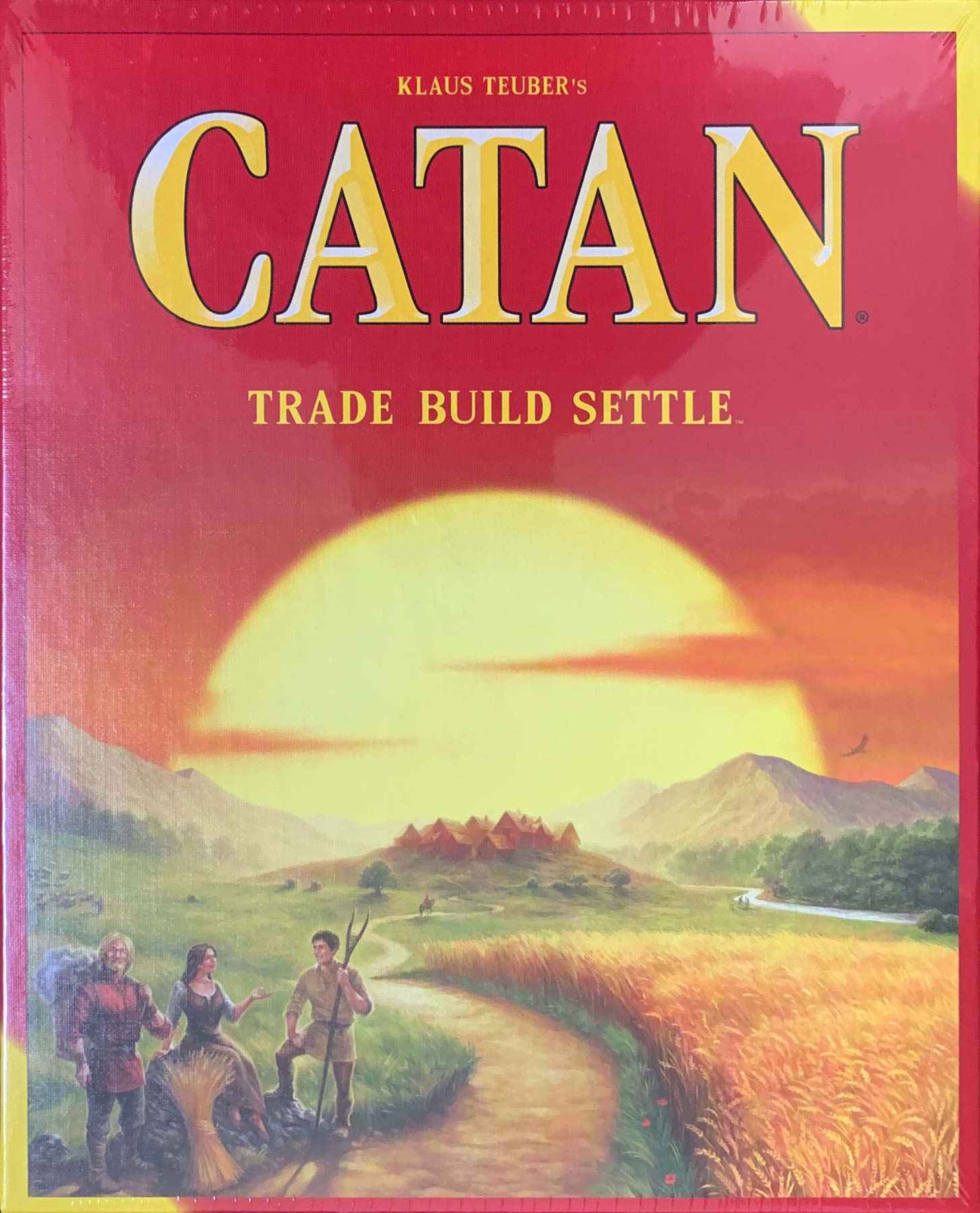 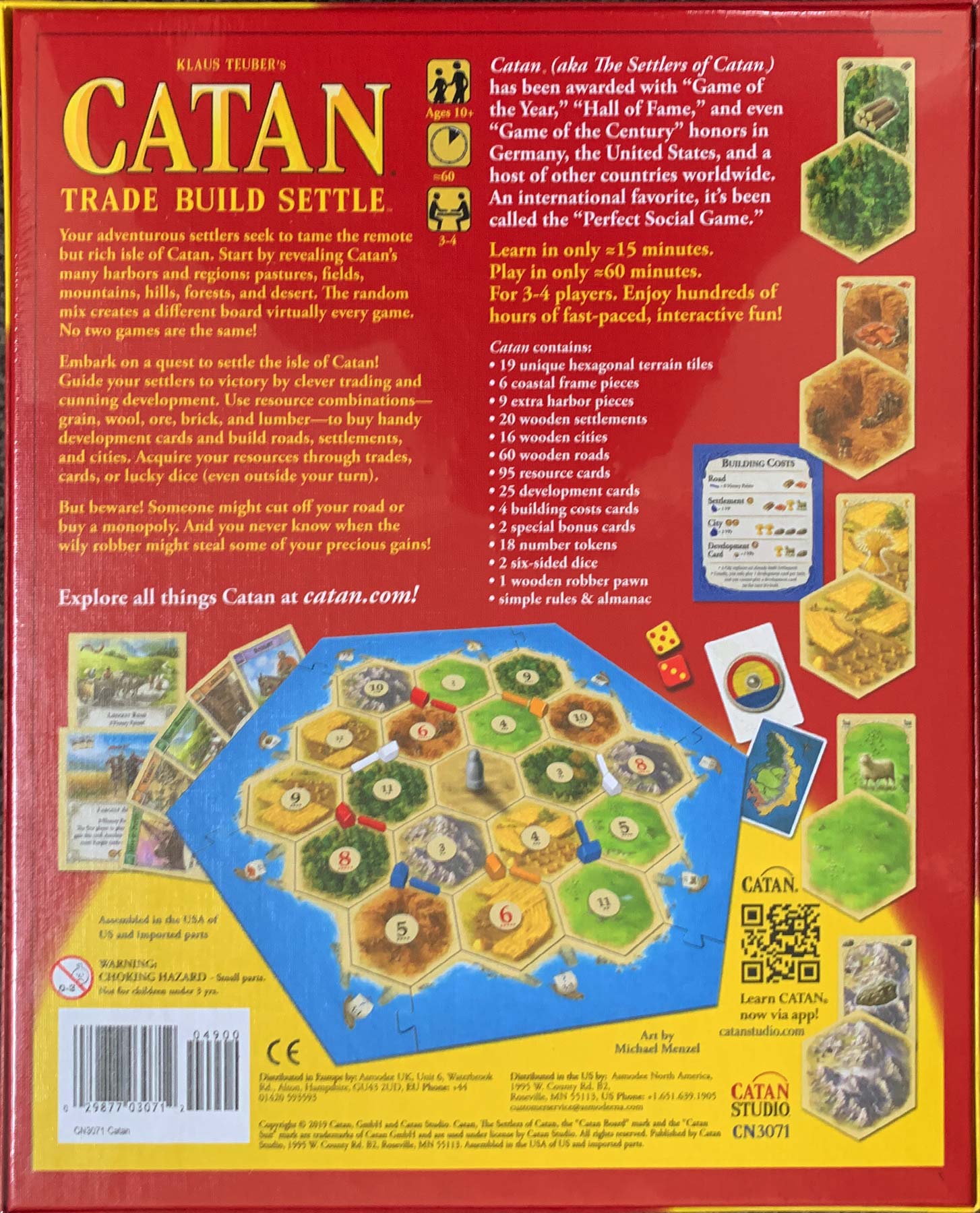 Images not yet available. A new version to commemorate 25 years of Catan has been announced but is not yet released.

All sets are from my own collection. I welcome corrections and additions if you have them.